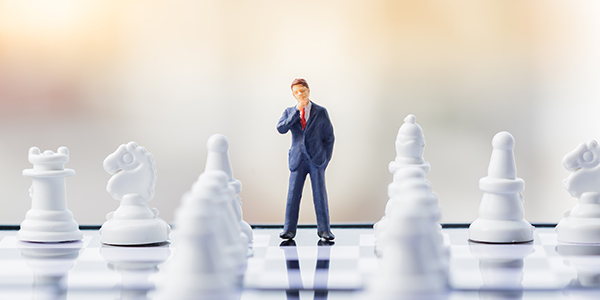 ‘Another year over, and a new one just begun’. A phrase from the well-known Christmas song by John Lennon that we are sure you have heard once or twice during the last couple of weeks. A phrase too that expresses a sense of melancholy as time seems to go by in the blink of an eye. With IT technology changing at breakneck speed, we feel that it actually does as there is hardly time left for contemplation. According to business gurus and trend watchers, 2018 will be no exception.

Some of them remind us that data centers are out of sync with the equipment that’s inside them. The mismatch is driving enterprises to reorganize their data centers in order to keep pace with – and help accelerate – business operations. According to estimates, the demands of next-generation apps and new IT architectures will force 55% of enterprises to upgrade their existing facilities or deploy new facilities by as early as 2020. A continuing shift to software-defined infrastructure, adoption of autonomously operating IT infrastructure and a move toward consumption-based payment models too are among the most common predictions. Other considerations that data centers should take into account include:

As explained in a previous blog, intent-based networking is networking software that helps to plan, design and implement/operate networks that can improve network availability and agility through the use of automation and analytics.

A large majority of companies engaged in digital transformation efforts are struggling to translate business needs into effective IT investments and operations plans, forcing them to alter staff hiring targets to ensure they have the advanced skill sets needed to build digital supply chains.

This is about adopting a modular approach to deploying power/cooling assets in data center facilities.

Consumption-based procurement in data centers will increasingly replace traditional procurement through improved “as a service” models.

The need for improved agility, better manageability and enhanced asset usage will force companies pursuing digital transformations to migrate over 50% of the IT infrastructure in their data center and edge locations to a software-defined model.

An increasing number of companies in consumer-facing industries are spending more on upgrades to their network, computing, and storage resources in edge locations than on upgrades in their core data centers.

Data center managers are not to be envied as most developments come with a hefty price tag. Against this background, it is good to know that there are companies like emXcore that can be called upon for enabling innovation while providing affordable, refurbished network components as well as the contemplation you so desperately need.